In my third Punic Wars installment, I am presenting my Iberian, or if you rather, Spanish or CeltIberians, army.   The peoples of the Iberian peninsula played a critical part in both the start of the 2nd Punic War, and the fighting that followed.  Iberians could be found fighting one anther, the Carthaginians, or the Romans... or (as I use them primarily) as part of a larger Carthaginian or Roman army.  In my previous posts on my Carthaginian Army   and my Numidian Army   I explained how there are contingents of troops operating within a larger multi-national force.  As with the Numidians, I wanted the Iberians to be a functional army in their own right, being able to field against outside aggressors from Carthage or Rome.  I feel in game terms this army is much more formidable than my Numidian army.

Except where noted, these are all Baccus (and in fact all of the Spanish are Baccus).

Here are the commanders... a Spanish general and a sub commander.  I decided to use a single bag of Spanish heavy cav for multiple purposes.  This included pulling 3 mounted figures for command models... adding some foot Scutarii to the general. 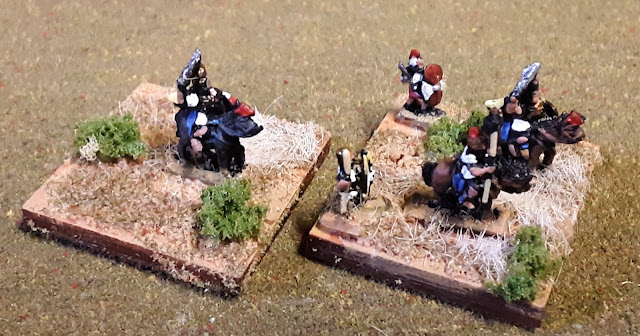 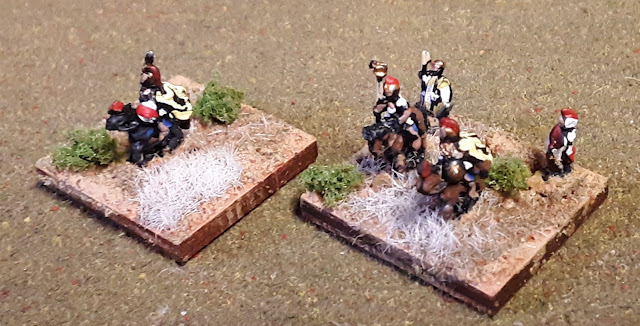 Here are the formed infantry, which is comprised of 6 bases of Scutarii painted primarily with mixture of white, gold-yellow, and red shield colors..... 4 bases of Scutarii painted with a mix of darker primary shield colors... and, 4 bases of what are actually Celts, but painted as if they were Spanish.  I am not sure this was a great idea or not.... but it allowed for more variety, and a small group of infantry that looked different, perhaps representing a northern Iberian tribe, or from somewhere between Spain and the Alps.  This, and having the Scutarii painted with 2 different distinct color sets, helps me as the player identify elements in the game, or even makes it easier to split troops between two opposing armies.  First, the largest block.... 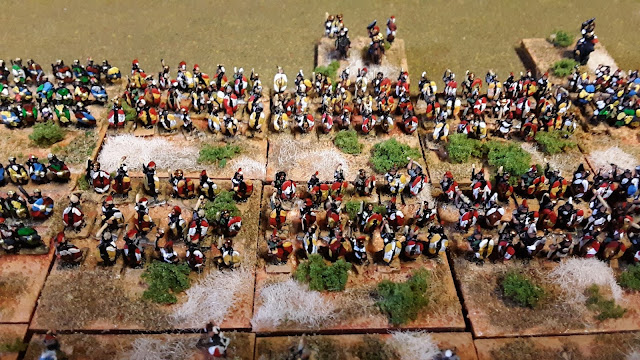 Then the smaller block of Scutarii.... as well as the light infantry and the heavy cav.  I used models from that single bag of Spanish heavy cav to create only 3 bases of heavies, knowing that I had an overabundance of Carthaginian heavies already.  I created the light infantry bases with two sparse ranks of 5 models each, mostly Scutarii with a couple of Caetratti mixed in, and then a couple more Caetratti forward as skirmishers.  This adds more versatility to the army, and may represent either smaller tribal groups, or specifically trained light troops. 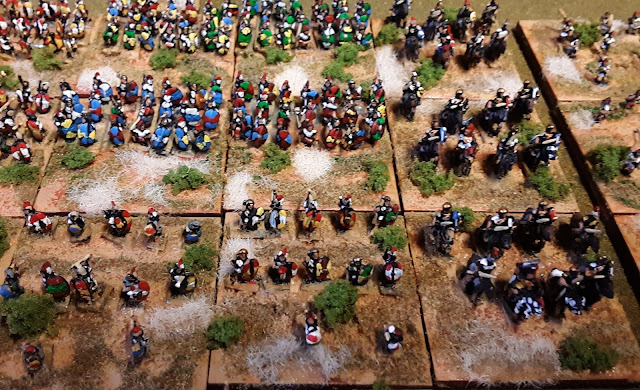 And here are the "CeltIberians", alongside the light cav.  So the remaining models from the heavy cav bag were dispersed to create 3 bases of Spanish lights.... again, knowing I have so many other cav to pull in.  This was one of my cheap skate moments (really, it was because I didn't think I needed 5 bases of heavy cav.... and if I bought separate light cav, that would work out to maybe 8 bases, or a total of 13 Iberian cav bases, which I felt was way too many ).

Here are some of the Caetratti skirmishers....

Now, because I was not sure of the best place to include them, here are the Balearic slingers... elite missile troops, and a nice addition to any ancient army of the Western Med. 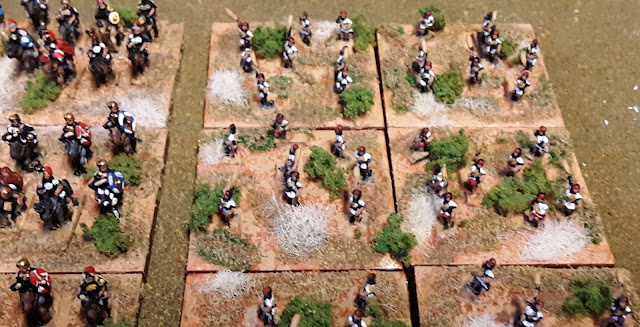 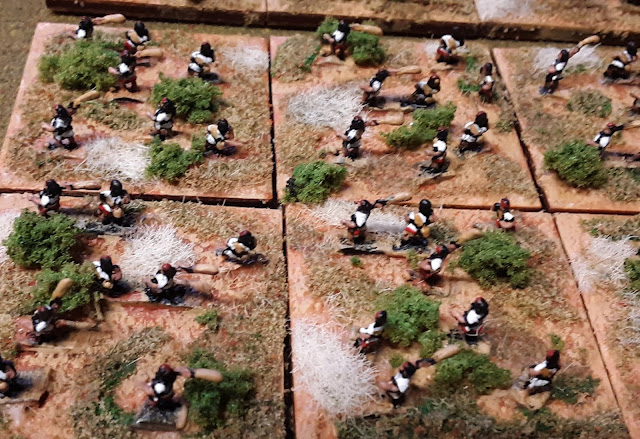 Something else that I didn't have a good place to include, are these Celt slingers from Rapier.  I bought them in the beginning, just trying some things out.  There are two fairly large Celt armies in our club, so Celts have not been my priority, as I can rely on other people's Celts to join my Carthaginians.  The Numidians and Spanish in the club are more limited, so I focused on building larger forces of them.  However, I would at this time like to expand the Celt contingent, again into a balanced force, though a smaller one.  Something like 4 bases of formed infantry, 8 bases of warband, and maybe using the same trick I used with the Spanish heavies, 3 bases of heavy cav and 3 bases of light cav.  A small, but useful force.  For now though, I have only these... 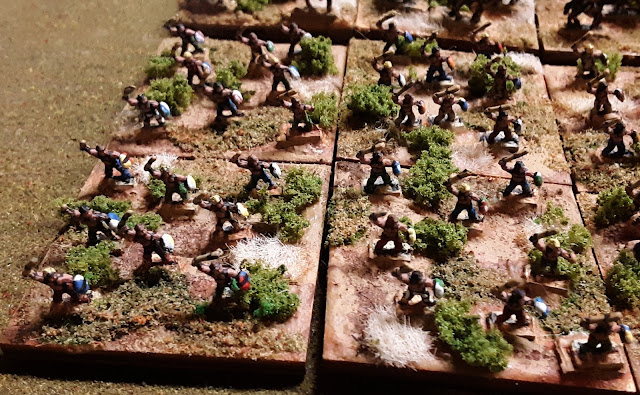 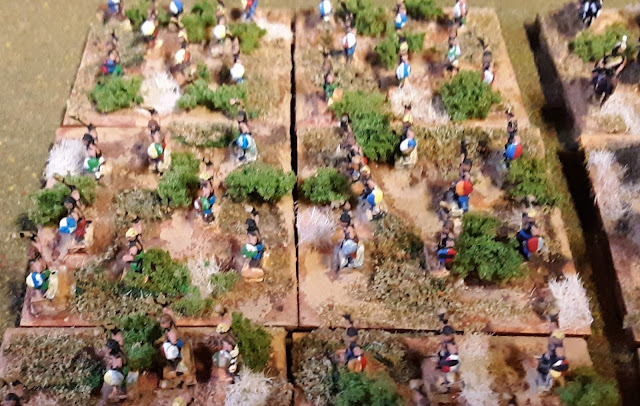 Sometime soon I will post a combined army, something to show how the Punic army would look going into battle.